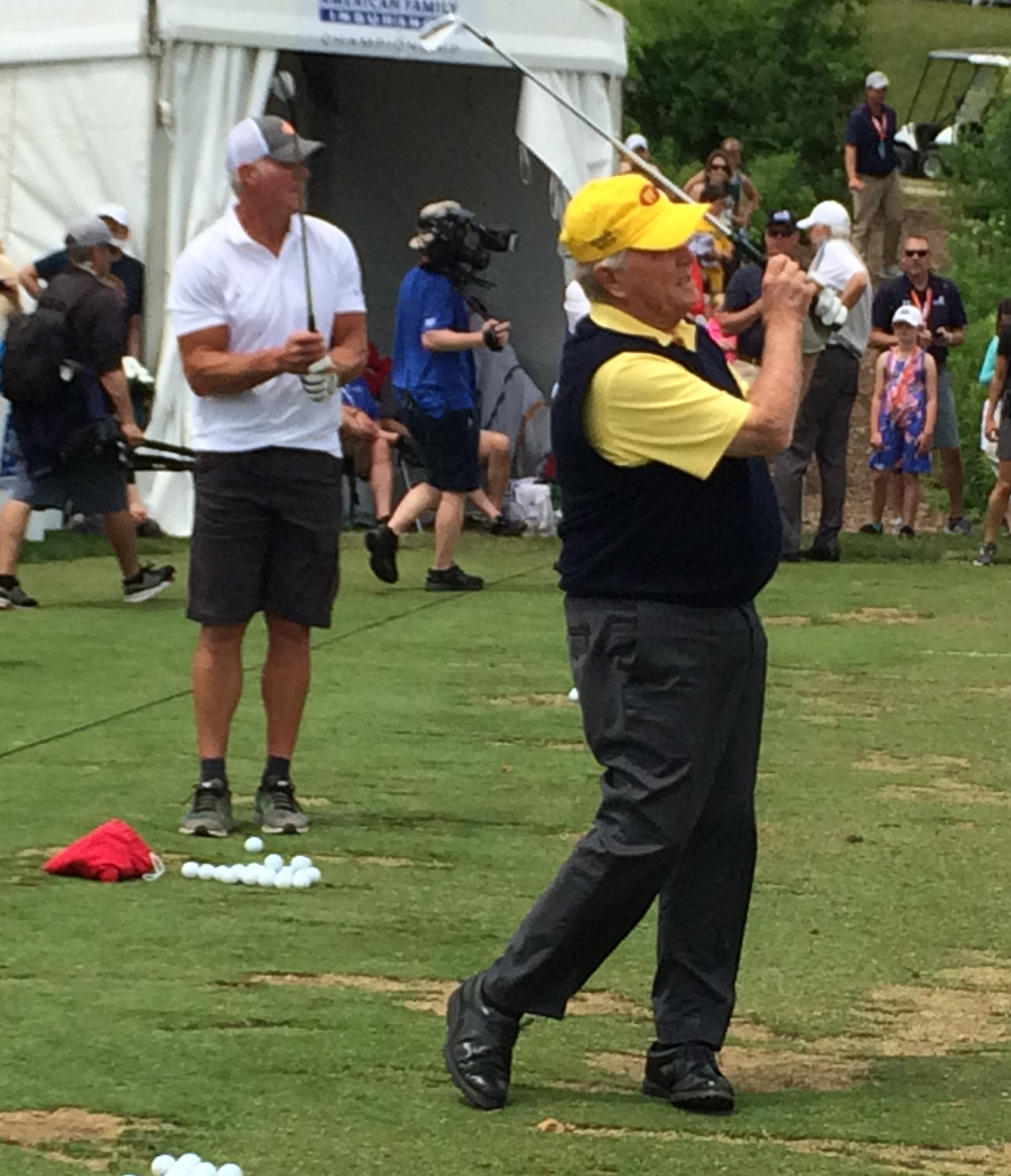 What a dumb game. Golf was invented by the Scotts and given to the Irish as a joke. The Irish don’t think it’s funny—but they still play the silly game. Golf is a game you should play if you’re looking for humility. If you want perfection, look for another hobby. If you want the humiliation of hitting your ball in the water, the embarrassment of burying it in a sand trap or the shame of losing your life savings by missing a two-foot putt on 18 (that didn’t really happen, dear), then by all means play golf. You probably won’t be any good at it, but you’ll be humble and I’m told that’s a good thing. You may also become better at drinking. The Irish came up with idea of the 19th hole, where you can sit around, sip a pint and dream about how everything will be better next time. Or next time consider skipping the first 18 holes and cut right to the 19th. That’s Jack Nicklaus and Brett Favre at the 2019 American Family Insurance Championship at University Ridge in Madison, Wisconsin.