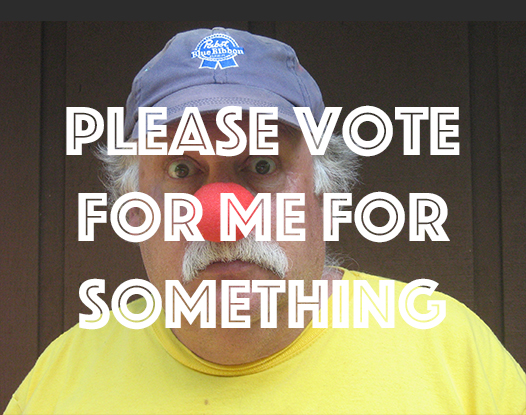 As we get closer to November, we’re going to hear them on the radio, TV, social media, robo calls, the newspaper and on and on and on. This must work. Otherwise, why would people spend so much money producing them. Maybe instead slick, Hollywood produced TV ads we make candidates use only crayons and constructions paper. But here’s what concerns political advertisers the most: It’s estimated that almost half of us, 50%, ignore them in what’s become known as marketing blindness. Even those that “see” the ads don’t remember the content by the next day. There’s no question that people have to know who you are if you’re running for something—but it’s the way many of them let us know that makes me grumpy. Maybe that’s what they’re designed to do—make us all grumpy so that by the time election day rolls around we’re going to vote for who we were going to anyway—just to turn off the noise.